In the new NHL three penalties took a new level of importance: Hooking, Holding and Tripping. This post looks at the hooking, holding and tripping rates (combined) for individuals and teams. No one generally looks at these three penalties very often. Only one number is generally reported to the NHL: Penalty Minutes and Quantity of penalties, which includes many other penalties. I find this information interesting. I don't have too much to say about it, so most of this post is data. I should mention I scaled ice time differently for PP, SH andEV due to the fact the rates are different, these scale factors were poorly estimated though. As per usual all stats ("the rates") are penalties per hour, so Madden has 0.0687 hooks, holds and trips per hour. I included a NUM column so you can see how few of these calls each player actually gets.

Individual results
Division Graphs
What the graphs below show is the distribution of the above rates for different teams. The graphs are just estimated curves from a histogram of the individual rates. If there's more spread (like Vancouver) it means that the team has some excellent players and some terrible players. The other extreme is a tiny spread, such as New Jersey. You can also see the approximate averages for the teams from the graphs. 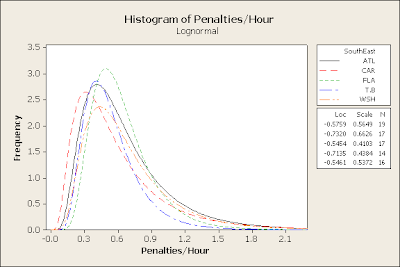 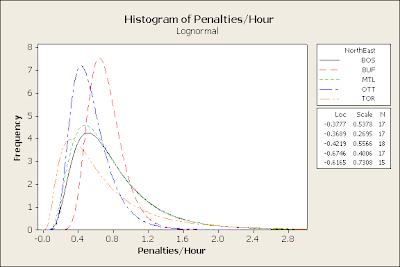 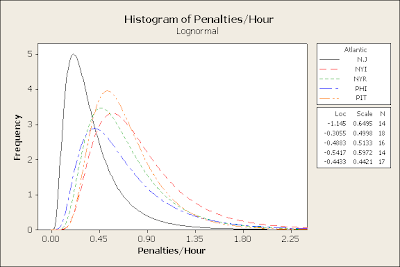 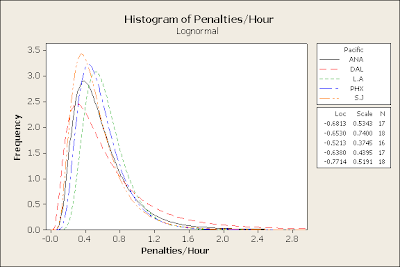 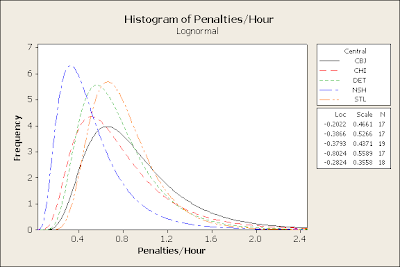 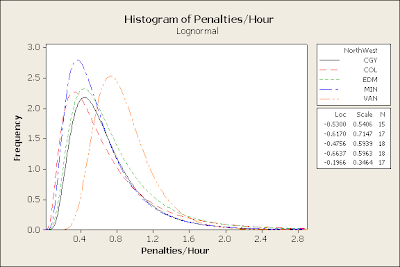 This is just a messy graph of all the teams together. I post it only so you can see the context of some of the divisional graphs above. 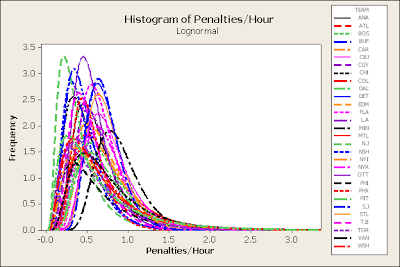 Team Stats
I figured since the graphs might be hard to read that I could post some of the numerical results.